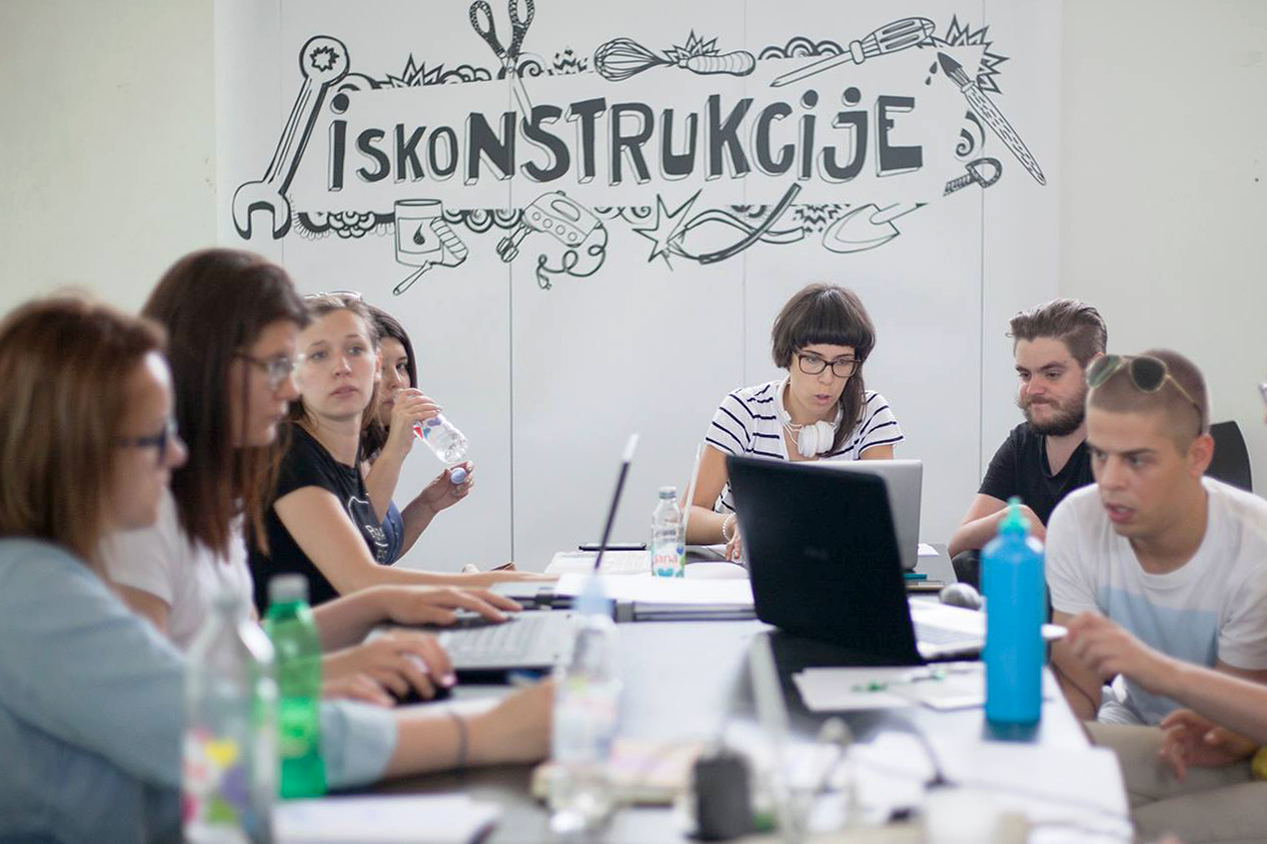 On 9th June 2016 we were invited to teach a graphic design workshop on “p2p collaboration strategies” as part of the Dan D Festival (D Day in Croatia) in Zagreb.

The 2016 edition of the festival focused on the idea of ​​”Open Design”. Different aspects of the topic were discussed through workshops, exhibitions and talks . To investigate the potential of applying the principles and philosophy of the open source movement to the field of design in terms of tools, processes, methods, results. During this short graphic design workshop we had the opportunity to give a taste of an alternative way of working to enthusiastic participants who have reached Zagreb from every corner of the Balkans.

The graphic design workshop goal was to realize a new logo collaboratively for the festival. Because of the limited time devoted to the workshop, it was mainly an excuse to start a peer-to-peer design process with the participants, sharing some of the techniques that we had already applied on other occasions.

In a brief introduction given by some of the festival organizers – Petra Milički and Dario Dević (kudos!) – we had a taste of the history of the festival logo, seeing how it has changed from one year to the year in the transition from a designer to other. This specific aspect led to a discussion on what it actually meant to design a logo that must be used for many years, applied by different designers to different identities. The conclusion was to design a sign that was minimal enough to be reinterpreted in many ways without losing its strength.

At the end of the discussion, we asked the participants to collect visual references to be used as a shared Pinterest board, in order to build a common ground of possible visual directions. As already pointed out during other peer-to-peer graphic design workshops, participants were asked to study references used by others while they uploaded their own. In this way they could react to the suggestions of others and open up new possibilities.

At the end of the visual research, we asked the participants to try to visualize their ideas starting from the suggestions on the board. It seems important to mention that at this point, for the first time since the beginning of the project, some of the participants arrived at the workshop without a computer. For this, we decided to ask them to sketch the ideas on paper. Surprisingly (for us too!), this path opened up new possibilities that we hadn’t thought of! Making a hand-drawn proposal allowed the participants to translate their visual ideas in a very direct way, without focusing more on the general mood and the concept than on the final form. This led to proposals that were clear enough to communicate an idea, and open enough to be taken in a different direction by someone else.

All the proposals were collected anonymously and discussed in groups to highlight the key aspects that emerged from the drawings, with the aim of choosing some ideas to be developed.

As a final step, we asked participants to form couples to work on a digital artifact on their computers. We asked them to work using the pair design technique, exchanging roles every 20 minutes. After the initial skepticism, they managed to work productively, achieving interesting results despite the limited time available. 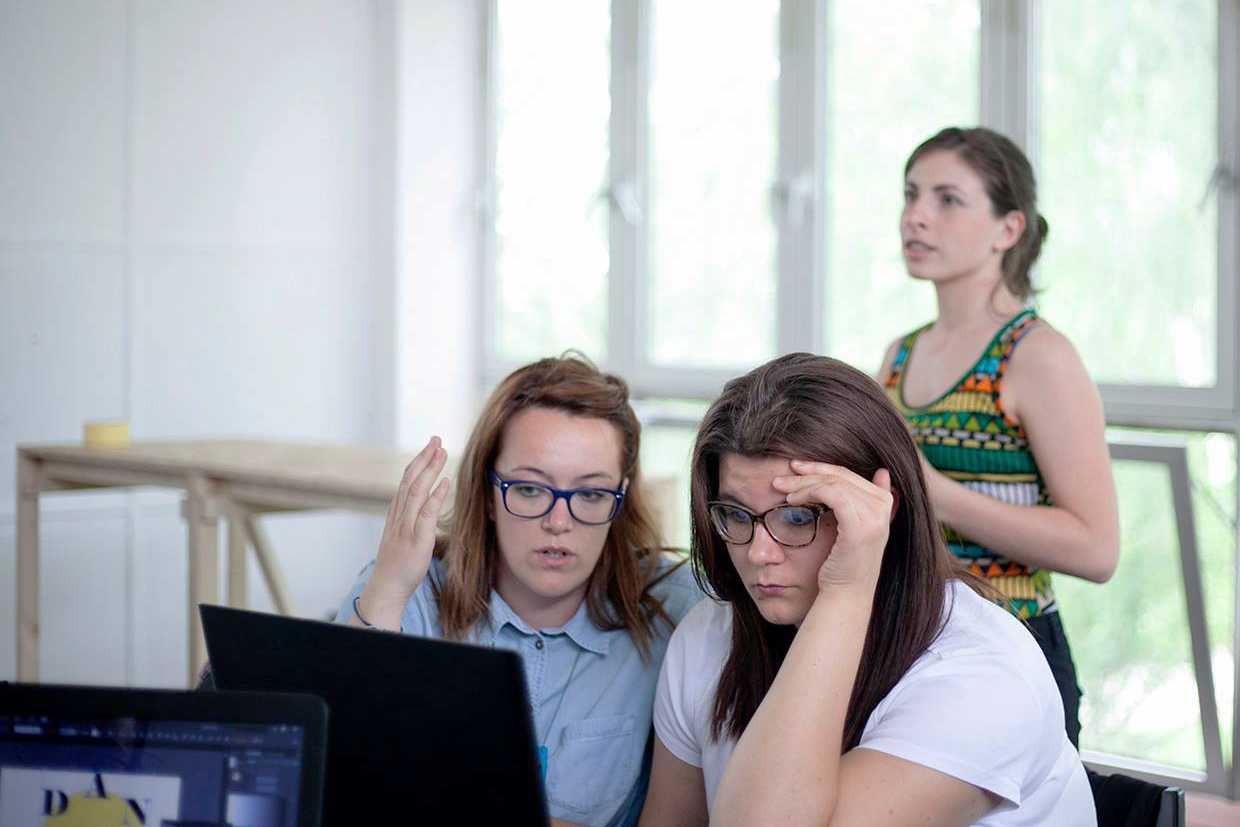 To us, it was fascinating to see how, in such a short time, the p2p methodology workshop for graphic design has led to many interesting proposals. But it is even more interesting to note how naturally the participants managed to reduce the options during the discussion, and to deepen them in many different ways during the individual (or in pairs) work , achieving common results. With a little more time we can assure this will be a nice logo!